Here’s a list of our current and past projects and competitions we’ve participated in. Click on a project to read more about it.

Recently, we were awarded the payload slot on Dawn Aerospace's space plane, and we are working on creating a payload to collect air samples and measure pollutants in the mesosphere!

In 2019, we had to devise a machine to get as many ping pong balls as possible into a small jar 5 meters away, in one minute.

Beamline for Schools is a student particle physics competition. We competed in 2019 with an experiment proposal related to Cherenkov radiation.

Dawn Aerospace, a start-up company based in New Zealand, tasked teams with designing a paint scheme and payload for their new Mk-II suborbital space plane. Our team won the payload slot for the contest, giving us the opportunity to send an experiment to the upper atmosphere. We are hoping to sample the air in the mesosphere at around 60 km altitude to learn about the effects of climate change and air pollution in the upper atmosphere. We are excited about this partnership with Dawn Aerospace because their Mk-II space plane will allow us to access a part of the atmosphere that has not been thoroughly researched in the past.

Our goal is to collect air samples using a pump system for analysis back on Earth, and also possibly collect in-flight data from various sensors. We plan to analyze and measure the presence of several gasses including SF6 and N2O.

However, designing a suitable air intake and sensing system for the low-pressure air in the mesosphere has been no easy task and we’ll need funding to purchase and construct the parts (such as a vacuum pump)! Therefore, please donate, if you can!

Links and resources for club members

In December 2019, Physics Club participated in the JPL Invention Challenge in Pasadena, California. We were tasked with building a device that could launch ten ping pong balls a distance of five meters to land in a mason jar within one minute. While we only successfully landed one of the balls in the jar due to mis-calibrating our device, we had fun making the machine, and we won the “Most Artistic” award for our creative design.

Here’s a picture of us with our certificate after the challenge: 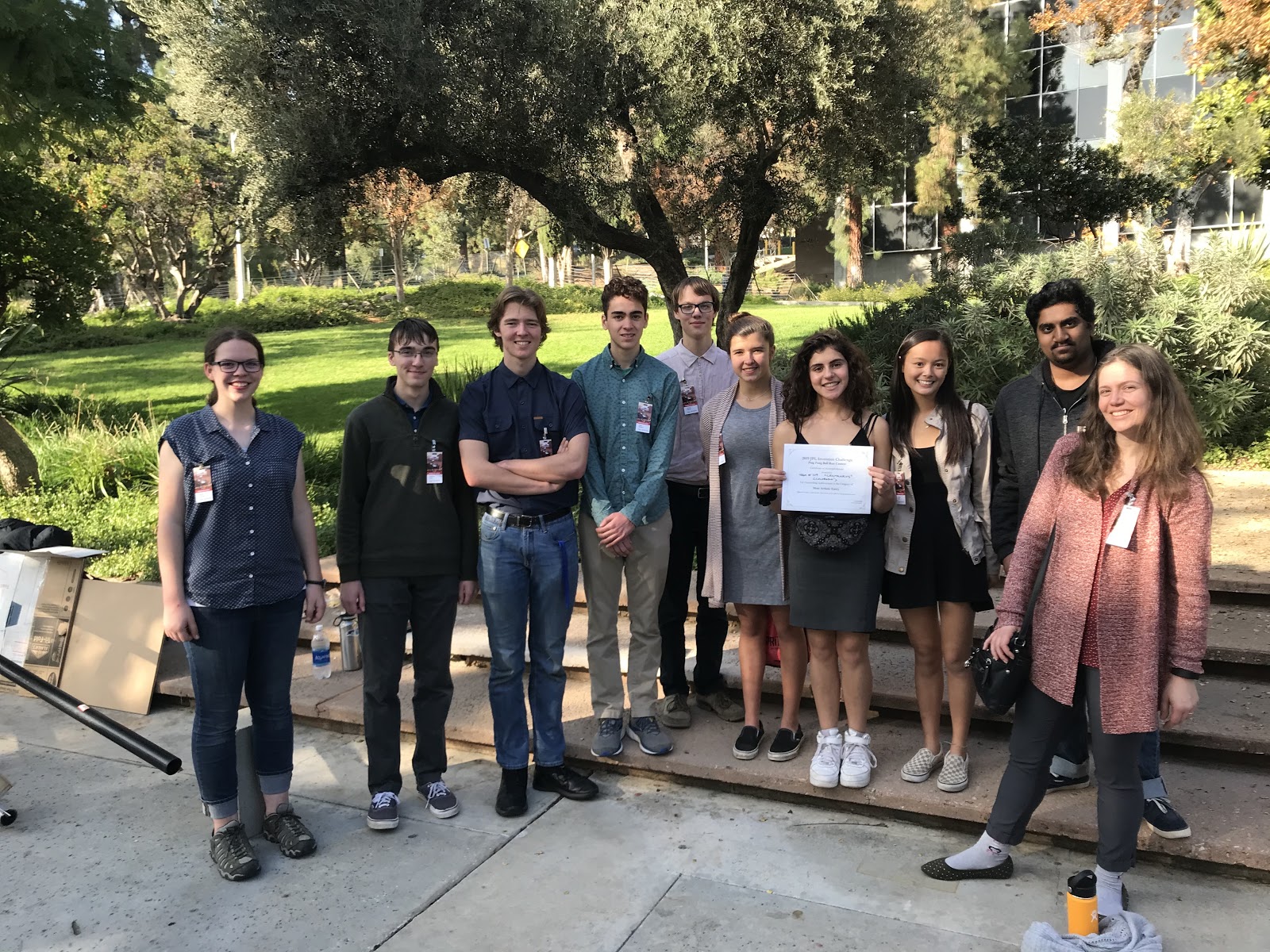 The Beamline for Schools competition challenges teams from across the world to design experiments for a particle accelerator and propose their ideas via a 1000-word written proposal and one-minute video. In 2019, we proposed an experiment comparing the Cherenkov Radiation of matter (electrons) and antimatter (positrons) through several mediums. We placed as international finalists among the top 20 of 200 teams from around the world.